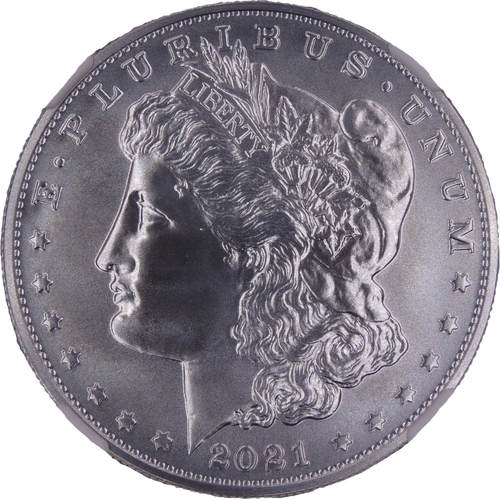 The U.S. Mint issued a series of commemorative silver one dollar coins in 2021 to mark the 100th anniversary of the last issue of the Morgan Dollar and the first issue of the Peace Dollar in 1921.  The coins were immensely popular and of limited mintage resulting in a quick sell out at the mint.  The Morgan commemoratives were issued from the San Francisco mint, the Denver mint, and the Philadelphia mint with mint marks and with privy marks from Carson City and New Orleans, honoring the former mints in those cities.  This New Orleans privy mark example earned a flawless MS70 grade from NGC. None grade finer.