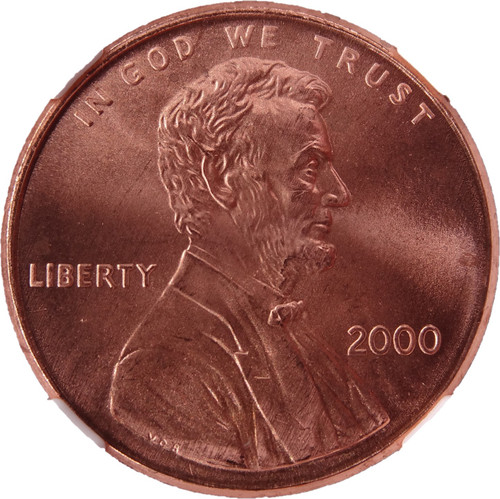 An excellent premium mint state example of the 2000 Lincoln memorial "Cheerios" cent.  At the dawn of the 21st century, General Mills created a promotion to generate interest and awareness of the then-new Sacagawea dollar.  They included in cereal boxes 10,000,000 Lincoln cents as part of the promotion and 5,500 Sacagawea dollars.  While widely distributed, many of the "Cheerios" cents as they became known were lost to general circulation and only approximately 1,300 have been graded by NGC.  This example is graded MS67 red - only two "Cheerios" cent examples grade finer at NGC.  Only 22 examples of all 2000 Lincoln cents graded by NGC grade finer out of of the five and one-half billion Lincoln cents minted that year in Philadelphia!  A truely exceptional example of an otherwise common cent. Item does not include cent in original packaging.