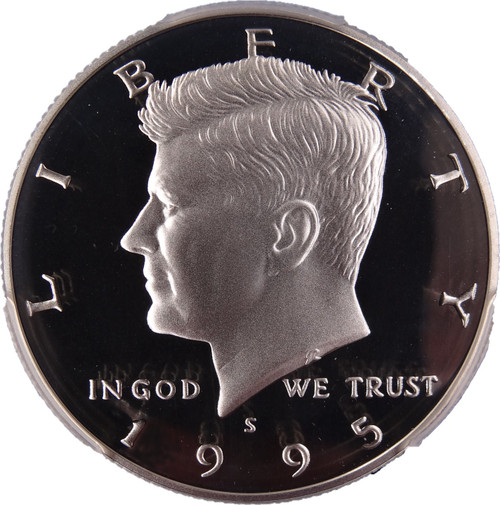 A pristine 1995-S deep cameo proof Kennedy Half Dollar from the San Fransisco mint.  The 1995-S mintage was fairly low by modern standards and the issue grades mostly PR69, with only 15% of those graded by PCGS attaining a PR70DCAM designation.  This is a beautiful, flawless example of the issue which grades PR70DCAM by PCGS, with nine grading finer.