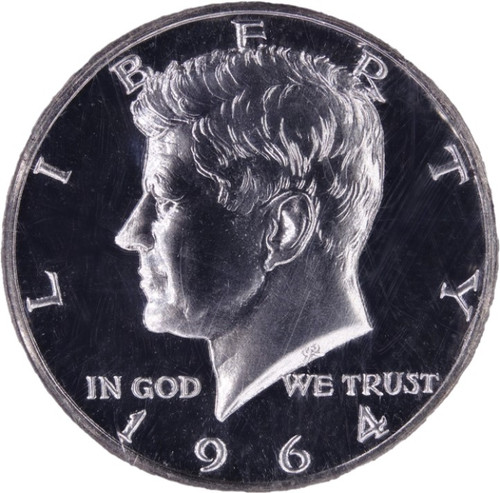 Beautiful and unique two coin Kennedy Inaugural Set includes the first year of issue Kennedy half dollar in both Accent Hair proof (right side of holder) and the regular strike proof (left side of holder).  The Kennedy half dollar was issued in 1964 to commemorate the life and service of President John F. Kennedy who was killed in office on November 22, 1963 the prior year.  The initial proof issue was struck with significant accents in the hair of Kennedy above the ear.  Shortly after striking the initial coins, the dies were modified to remove some of the accent detail in Kennedy's hair (reportedly at the request of Jacqueline Kennedy, although possibly to simply improve production quality of the coin).  It is estimated that only 1% to 3% of the total 1964 proof mintage is of the initial Accent Hair variety.  Both coins are graded PF67 by NGC and housed in a rare NGC Inaugural Set holder.

More information about the Kennedy Accent Hair variety is available in our blog: