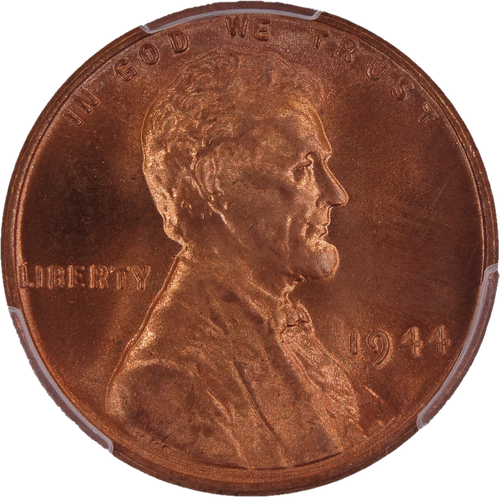 This is a beautiful, bright red example of the 1944 Lincoln Cent graded MS67+ by PCGS. This near-flawless example shows bright surfaces and great original mint luster.  While generally available in gem red condition, this example is an exceptional example at MS67+ in red;  With the enormous expansion of the money supply brought on by World War II, the mint furiously issued coinage to keep up with demand from the ever expanding economy.  Nearly 1.5 billion Lincoln Cents were issued in 1944, however, PCGS currently lists only four graded finer at MS68.  A nearly unparalleled, top-tier example of the issue.