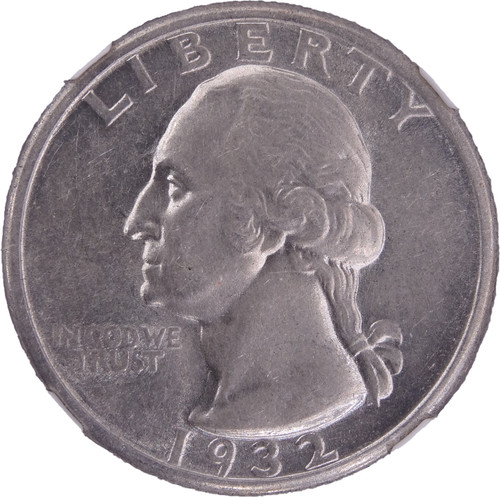 A well-preserved 1932-D Washington Quarter from the Denver mint.  1932 marked the inaugural year of the Washington Quarter, which was issued to mark the 200th anniversary of George Washington's birth. This specimen retains good definition of the features with little high point wear from modest circulation.  The 1932-D issue is the second rarest of the entire Washington Quarter series, behind the 1932-S, with just 436,800 coins minted. Despite the popularity of the new quarter, most 1932-D quarters entered circulation and few 1932-D examples were retained in mint state condition - with the average grade XF45.  This example is assigned an AU Details designation and is above average for the issue in terms of wear.