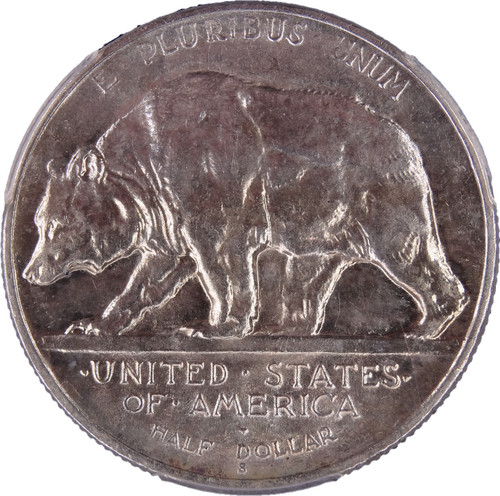 This is an attractive example of the 1925-S California diamond jubilee commemorative half dollar issued by the San Francisco mint.  It is graded MS63 by PCGS. Issued to commemorate the 75th anniversary of California's statehood, only half of the authorized mintage was ever struck, and of those, nearly half were unsold or melted. The design was created by Californian, Joe Mora.  The obverse depicts an early prospector panning for gold, while the reverse depicts the state symbol - a brown bear.  This example is a nice representative of the issue.